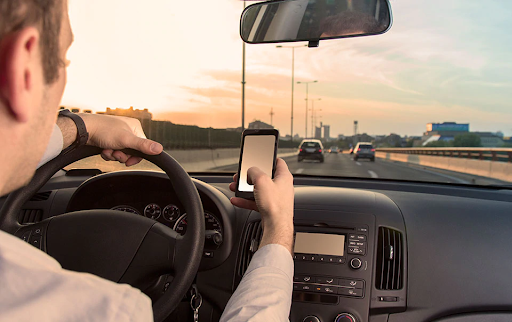 Distracted driving is one of the most dangerous actions you can take as a driver. Any activity that takes away a driver’s attention from driving is considered distracted driving. This can include talking or texting on the phone, eating and drinking, or messing around with your car’s entertainment features. According to the National Highway Traffic Safety Administration, distracted driving claimed the lives of 3,142 people in 2019.

Every state has different laws regarding distracted driving. Some states outright ban any use of a smartphone for any reason, while others only have bans on using a phone for texting and calling. Is there really a big difference between these two types of distracted driving laws?

Here is a breakdown of the effectiveness of distracted driving laws:

Most states have some kind of law in place that restricts drivers from using their phones for calling or texting while driving. The penalty for this differs from state to state, but it often takes the form of a warning or citation. Some states have taken their laws a step further, creating laws that ban all phone use of any kind. However, researchers have studied the difference in effectiveness between these two kinds of approaches to the law and found that there is indeed a significant difference.

Motao Zhu, a doctor with Nationwide Children’s Hospital led a study that found distracted driving laws that completely ban phone use have prevented around 140 driver deaths and 13,900 driver injuries per year. The study concluded that distracted driving laws that only place restrictions on texting or calling while driving are not nearly as effective as those that don’t allow any phone use.

While a law can seem effective on paper, in reality, it also depends on how easy or difficult it is to enforce. For example, in Florida, there is leniency in the distracted driving law that allows for some phone use such as checking the weather or using navigation programs while a car is stopped. This creates a situation where officers are hesitant to pull a driver over when they see them using a phone because it’s hard to tell if they’re using it for permissible reasons.

The effectiveness of law can also be affected by whether or not the penalties are harsh enough to deter people. Using Florida as an example again, the distracted driving law calls for somewhat lax penalties compared to other states. First-time offenders are hit with a $30 fine and court fees. Get caught a second time, and the fine goes up to $60 and three points on their license. While having some form of a distracted driving law is better than nothing, having stricter restrictions on phone use and slightly higher penalties may go a long way in keeping our roads safer.

Cutting down on phone use while driving can save a huge number of lives and prevent an even higher number of injuries. However, even with distracted driving laws, you still might find yourself in an accident. If you or someone you know has been the victim of a careless or reckless driver and has been injured, call 1-800-411-PAIN and get the help you need! We will refer you to the attorneys that will fight to get you the compensation you deserve and the medical attention you need. If you have been hurt in an accident, call 1-800-411-PAIN, and we will guide you in finding you the best medical and legal professionals.