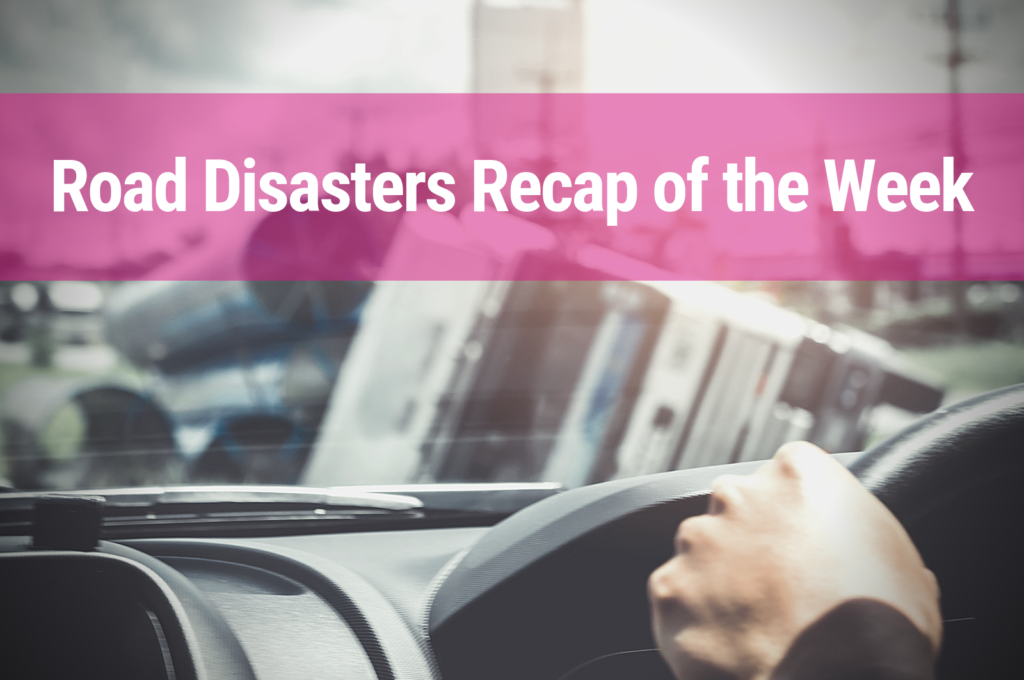 What has happened on the road recently? Drunk driving is still taking a toll, speeding became the number one reason for collisions this month, and people can’t seem to understand the saying, “stay in your lane.”  More than 200 million people drive on the road every single day. Even though it may seem the chances of being in an accident are slim, they’re not. Know what is happening on the US roads this past month.

New Yorkers felt the fear of three passengers’ fate when their car was collided with – not one, but two trains during the night of February 26. In Long Island, New York, two trains were going opposite directions on the tracks as usual. However, a car swerved around the lowered gates onto the train track and collided with the two trains before making it to the other side. All three passengers died at the scene.

Jessica and Justin Mitchel are high school sweethearts. They were excited the night their first baby boy was going to arrive! However, debris on the road had Justin swerve onto the side – crashing into the wall of the highway. The expecting couple was rushed to the hospital where Jessica had an emergency C-Section. Due to complications from the accident, Baby Boy Mitchel did not survive. Even though the couple had several injuries – Justin needing surgery – they spent a couple of hours with their baby before they had to say goodbye.

On Saturday, February 23rd, two drivers were speeding on I-95, racing their life away at 7pm. Unfortunately, they didn’t have the time to slow down when they saw unexpected vehicles ahead of them. They collided into one another, creating a domino effect of collisions. This accident injured eight people. Police commented that two speedsters were also under influence.

If you or someone you know has been injured in a car crash or slip & fall accident and are in need of a lawyer referral or medical services in Miami, Broward, Palm Beach, Orlando, or Tampa – remember after 911, call 411! 1-800-411-PAIN can put you in touch with an experienced team of aggressive attorneys and medical services who will fight for your rights to get the maximum compensation you deserve. Don’t forget to follow 411 PAIN on Twitter (@411PAIN), keep up with the conversation at #411PAIN and check out the 411 PAIN event gallery 411painevents.com!

These Are the Cities with the Highest Accident Rates in Florida

What Does a Workers Compensation Attorney Do?