Stand Up Against The Stigma! - Path 411 Pain

Stand Up Against The Stigma! 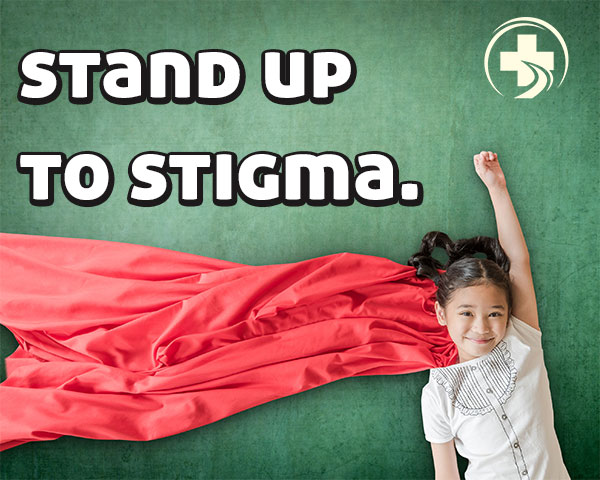 May is for Mental Health Awareness

In honor of Mental Health Awareness month, we would like to educate readers about the “Break the Stigma” movement. The stigma is a negative attitude towards mental health conditions. Stigma, itself is a mark that identifies an unwanted person. In recent years people have been more aware of their mental health conditions, and younger generations have been more acceptable. However, it’s still difficult for most people to tell their boss they need a day off for their mentality. The reason may be because of the thought of the person being unstable to work — which may not be the case. Due to this stigma, many people who want to seek treatment may feel ashamed or in denial that they do. According to the Break The Stigma Organization, “many people with mental disorders believed the stigma was placed on them by society.”

The stigma can lead to discrimination that is obvious and direct, but even more so, avoidance can lead to negative thoughts of failure and misunderstanding for those who do have a mental condition — leading them to self-stigma.

The social stigma plays a factor in the prejudicial attitudes with mental problems, while the self-stigma plays the role of the attitudes towards a person’s perception of themselves. Majority of the people that are aware of their mental illness are also aware of the environment they surround themselves with. Even though mental conditions are being recognized, many people have a negative idea. Those who have mental issues can still function as a contributing person in the world and understand others attitudes and beliefs. The difficult part is finding the support and understanding in society.

How can you help?

In order to break the stigma, a person would have to have an understanding of mental illness. Since there is no defined age, gender or race it can create conflict in people’s behaviors. You can start with a friend or family member. Tell them you are there for them, be positive, but most importantly show them that you support them. If you have a friend or family member with a mental condition the attitude that shows towards them will make or break the relationship.

What to do After a Single Vehicle Accident

Step-by-Step Guide To a Slip and Fall Accident