Will Ferrell Beats the Odds in a Car Collision 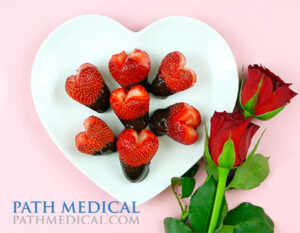 We all know Will Ferrell – the American actor, comedian, producer, and writer. This comedic icon is known for his roles in Saturday Night Live, Anchorman, Step Brothers, Elf, and many more movies and TV shows. While Will is typically involved in humorous and uplifting media stories, this past weekend was an entirely different story. News stations, channels, and media websites reported a car accident involving Will Ferrell, and the accident has since gone viral. According to the California Highway Patrol, last Thursday on April 12, a vehicle driving along a California freeway hit Ferrell and three other passengers causing a two-car collision.

Mark Thompson, Ferrell’s driver, and colleagues Carolina Barlow and Andrew Steele have been identified as the other passengers in the SUV. The incident occurred off of Interstate 5 south of Alicia Parkway, located in Orange County. Everyone was transported to an Orange County hospital, where Mark Thompson and Carolina Barlow remain. Thompson and Barlow are currently in stable condition and are being treated for injuries that are not life-threatening. Will Ferrell and Andrew Steele were released from the hospital with minor injuries, information provided by authorities.

According to Will Ferrell’s representatives from United Talent Agency, everyone in the SUV was traveling to Los Angeles from San Diego, where Ferrell had appeared at a voter registration event called Glam Up the Midterms. He appeared as his infamous Anchorman character Ron Burgundy. While leaving the event and heading to Los Angeles, it is said that the other vehicle came out of nowhere, pushing the SUV to the side where it hit the center divider median. This caused the SUV to turn over and receive significant damage. Will Ferrell’s representatives added that the actor is “staying close by as his friends are being treated and has expressed his deep gratitude to the first responders who were immediately at the scene and to the hospital team that took such great care of them”.

If you or someone you know has been injured in a car crash or truck accident and are in need of an accident attorney in Miami, Fort Lauderdale, West Palm Beach, Naples, Ocala, Orlando, Tampa, Gainesville, Jacksonville, Tallahassee, Ft. Myers or any other city in Florida –remember after 911, call 411! 1-800-411-PAIN can put you in touch with an experienced, aggressive network attorney who will fight for your rights and get the maximum compensation you deserve. Don’t forget to follow 411 PAIN on Twitter (@411PAIN), keep up with the conversation at #411PAIN and check out the 411 PAIN event gallery 411painevents.com!

Common Car Accident Injuries and How to Deal With Them

How to Handle a Driver With Road Rage