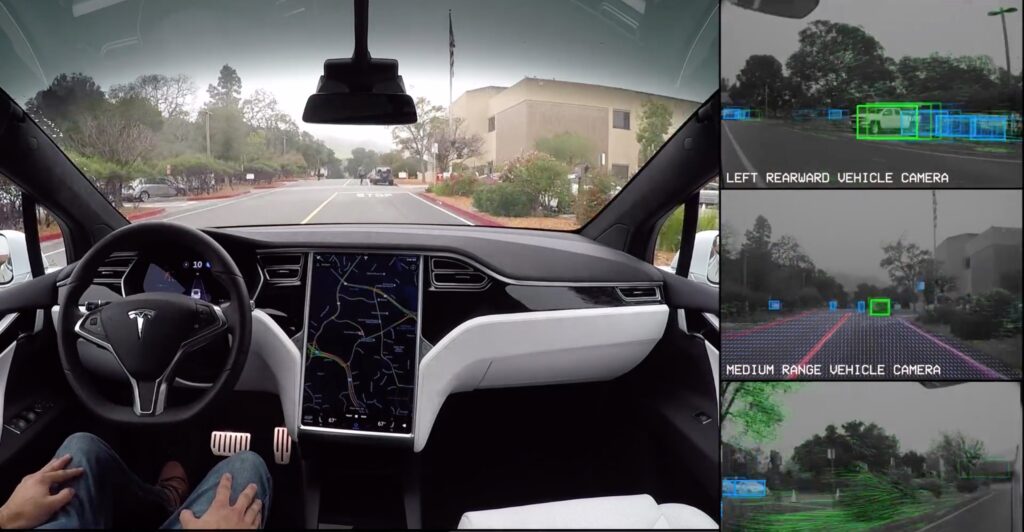 One of the most exciting innovations in the automobile industry is self-driving cars. Self-driving cars, also known as autonomous cars, utilize advanced sensors and cameras within the car to essentially drive itself. It can detect other cars and objects on the road to ensure the safety of the passengers. While many newer vehicles come equipped with cameras and sensors that have additional safety benefits, there still needs to be a driver that is paying attention to the road with their hands on the wheels at all times. Self-driving cars are the most advanced version of these safety features, by removing the requirement for the driver to be paying attention at all times.

Autonomous vehicles come in several different varieties. For example, Tesla vehicles have some autonomous driving features, but the driver is still meant to be paying attention to the road. Some self-driving cars are 100% autonomous with no or barely any interaction from a human driver. These cars are currently undergoing testing from companies like Google’s Waymo autonomous driving company.

The real question with these vehicles is: are they really better than the traditional cars we have now? While fully self-driving cars have not hit the mass market yet, early testing has shown positive results. Here are some of the biggest benefits of autonomous driving.

One of the most obvious benefits of self-driving cars is safety. Unfortunately, over 35,000 people die in motor vehicle-related crashes each year in the United States alone. According to the National Highway Traffic Safety Administration (NHTSA), 94% of serious crashes can be attributed to human error. Therefore, when you remove the human error element of driving from vehicles, it’s easy to see how the number of tragic accidents that occur on the roads could go way down. The computers that power self-driving cars do not get as tired or distracted as human drivers do, making for a much safer driving experience for everyone.

Another area that could be improved by self-driving cars is traffic. Our major roads and highways are in a constant state of congestion and traffic, which could be minimized by self-driving cars. According to the NHTSA, Americans spent a combined estimate of 6.9 billion hours in traffic delays in 2014. This cuts into our day-to-day lives, meaning we have less time for work, family, and other activities. A study by McKinsey found that autonomous vehicles could save as much as 50 minutes each day compared to our current way of driving.

Self-driving cars would be a huge benefit to those with mobility and accessibility problems. Today, there are an estimated 49 million Americans over the age of 65, and about 53 million Americans have some form of disability. In many parts of the country, public transport is simply not an option. Autonomous vehicles would allow those who are not able to drive due to a disability or any number of factors the option of having a car they can independently use. This could positively impact the lives of so many people who are not able to drive and do not have consistent access to public transport for things like commuting to work or getting groceries.

A study by the NHTSA in 2010 found that motor vehicle crashes cost $242 billion in economic activity. Losses in workplace productivity and decreased quality of life costs are also major factors to consider when looking at self-driving cars. By eliminating a large portion of these accidents, we could massively cut down on the losses that come as a result of car crashes.

While fully self-driving cars may not be widely available for many years into the future, it’s exciting to think about the benefits that they could potentially bring. In the meantime, we still have to be aware of human drivers on the road. If you or someone you know has been the victim of a careless or reckless driver and has been injured, call 1-800-411-PAIN and get the help you need! We will refer you to the attorneys that will fight to get you the compensation you deserve and the medical attention you need. If you have been hurt in an accident, call 1-800-411-PAIN, and we will guide you in finding you the best medical and legal professionals.