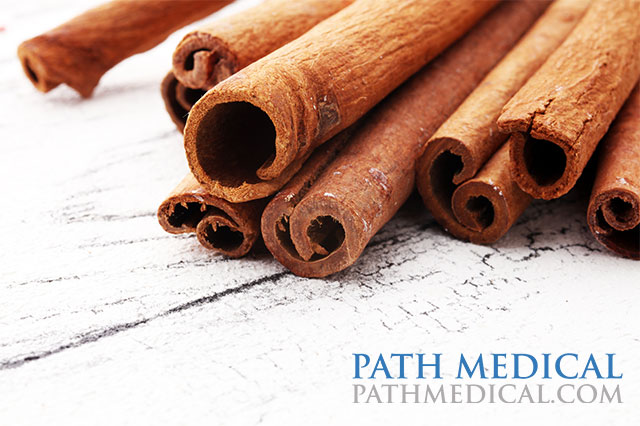 Don’t you love the taste of cinnamon buns?

What about the extra spice cinnamon gives you when you take a sip of coffee? Cinnamon is known to be paired with sweetness, but is it weird to say that cinnamon is good for people with diabetes? The pure cinnamon is called Ceylon. It carries an essential oil that comes straight from the bark of the Cinnamomum tree called, cinnamaldehyde. With this type of pure cinnamon, the body can receive amazing benefits. A couple of these benefits are listed below.

Anti-clotting: Cinnamaldehyde may help with blood clots by slowing down the formation of inflammatory molecules.

Blood sugar control: If you didn’t know, cinnamon is an antioxidant that helps slow the rate of digestion after meals and improve insulin response – hence the reason it’s been said to be good for those with diabetes!

Improve colon health: Cinnamon has a source of fiber and calcium. With this combination, it helps remove bile salts from the body that can reduce the risk of colon cancer.

Unfortunately, according to GentleWorld, the ones sold in grocery stores are not Ceylon — it’s cassia cinnamon.

Both are healthy, but one is toxic if consumed too much. Cassia contains a compound called known as coumarin.  In 1954, the Food and Drug Administration banned the use of coumarin after they found that it caused liver damage to animals it was tested on. In the year 2006, there was a study where, even though it caused cancers in lab animals, humans could consume coumarin in small doses. According to the U.S. Department of Health, cinnamon is safe if  6g or less is consumed daily for only 6 weeks. After that, it can become toxic.

So before you go shopping for some cinnamon, try to find Ceylon. If not, make sure you’re not overdoing your cinnamon on your cinnamon rolls!

These Are the Cities with the Highest Accident Rates in Florida

What Does a Workers Compensation Attorney Do?