Do you Know about Tuberculosis? - Path 411 Pain

Do you Know about Tuberculosis? 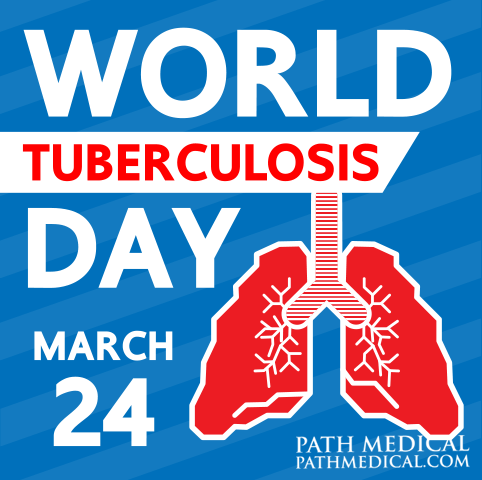 On March 24 we acknowledge Tuberculosis

It first sparked in the 1980s—mostly because of the spread of HIV. Since the HIV virus lessens the immune system, it opened doors for unwanted bacteria to make the body sick. Tuberculosis is an infectious disease mostly affecting the lungs. It can spread from one person to another by microdroplets in the air—even if a person is sneezing or coughing

Tuberculosis can be preventable

Tuberculosis can be preventable if the immune system is strong. The bacteria can be lingering around your body, and if you have a low immune system it can come into effect. A few symptoms you would look out for is coughing up blood, night sweats, chills and more. Tuberculosis can affect the kidneys, spine and brain as well. It is contagious, but it’s not easy to catch. You would most likely get tuberculosis from a person you live with or at work—but not likely from a stranger.

Latent TB is not contagious—yet. It just means that the person has the infection in their body, but the bacteria in their body is inactive. It causes no problem. However, it can be activated if not treated. Treatment can help control the bacteria from acting up.
Active TB is more serious. It causes you to become sick and contagious. But if a person takes the right treatment immediately for about two weeks—they may less contagious than they were before.
According to the World Health Organization, even though TB is curable—it is known to be “the top infectious killer worldwide.” It had almost 10 million people falling ill to the sickness. Almost killing half of that number. That’s why March 24th was selected to spread awareness—so that one day, it will end.

How to Improve Your Vehicle’s Fuel Efficiency