What’s The Tea On Kombucha? 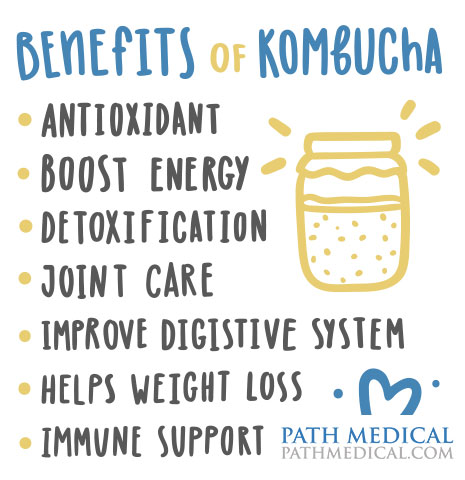 It’s deemed to be the elixir of drinks.

If you never heard of kombucha, it’s a healthy drink that is fermented before it was bought. It’s not wine or beer like many fermented drinks. It’s actually a tea called, kombucha. But it does contain a wee bit of alcohol. Shocking, right?

Kombucha is becoming a niche in the nation. With health gurus spreading the word of its benefits, people can get their hands on some sweet tea. But is kombucha actually worth the hype, or are they just claims? If you ask. people where did kombucha come from, you would get different answers. Though many people would relate back to the practices in ancient China (most likely during the time of the Qi Dynasty). It was popular during the beginning — detoxifying and energizing those who consume it. It’s popularity started to bloom in Japan and by the silk road trade, it made its way to the European countries. Now, it’s a well-known drink that is making its way in the U.S. a few millennia later.

How does the alcohol come in?

Well, kombucha is a mixture of fermented black, green and oolong tea. There is a mixture of yeast and bacteria that gets broken down during the fermentation process by consuming sugar. This will create carbon dioxide and ethanol and converted into acetic acids. There may be alcoholic particles still within the drink, hence the conclusion of an alcoholic drink. Yet, it’s not as strong as beer. There has been a study that kombucha can carry 0.5-2.4% of alcohol depending on the process. The FDA requires age requirements on alcohol containing drinks that have higher than 0.5%pf alcohol.  That’s why stores that sell this drink have the products to go through a testing process before it hits the shelves.

What is all the buzz about?

There is no research to back up kombucha’s benefits. But it does contain probiotics, antioxidants, and minerals that are good for your body.  During its prime in ancient China, it was known for detoxifying the body and aid gastrointestinal health. Since of its background, people who consume the drink has claimed that it influences the immune system and cancer prevention. Again, there is no background research. The only results a person can use is the studies of animals and their link to kombucha — which is the health benefits to the drink’s antioxidant contents.