Why is Chocolate Good for You? 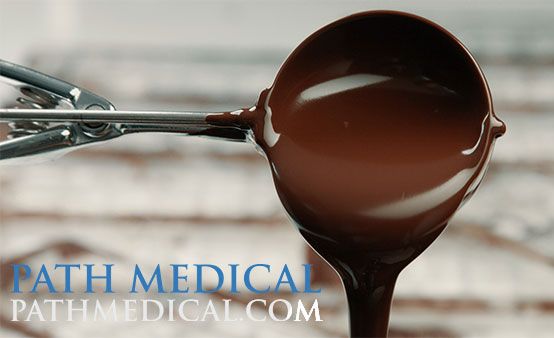 Cocoa can help with your digestive system

Did you overstock on chocolate this past holiday weekend? Or maybe you’re one of those people who bought a few sweets during the grocery store sales. Either way, chocolate-lovers have no reason to complain because cocoa can help with your digestive system. Weird, right? Don’t start binge eating on chocolate bunnies just yet though. We’re not talking about the chocolate bars you usually buy and consume from the stores, we’re talking the chocolate that comes straight from the cocoa tree! Most of the chocolate people consume are processed cocoa beans with ingredients that contain milk and sugar.

There have been studies to prove that dark chocolate can help lower blood pressure. Why? Dark chocolate has the most cocoa in it compared to milk or white chocolate. According to the “News In Health,” the reason why chocolate is good for you comes from the studies of the Kuna Indians who lived in the islands of Panama. Scientists thought the reason why they had a low risk of cardiovascular disease was that of their genes. Yet, the Indians who moved out of the country experienced an increase in high blood pressure. Researchers believed this was caused because the amount of chocolate these people consumed.

Panama is the 11th largest producer of cocoa beans. Therefore, the Kuna Indians had a natural source of chocolate. Dr. Brent M. Egan, a researcher at the Medical University of South Caroline, says that the Kuna Indians consumed chocolate at least “10 times more” than most people in a typical day. The Kuna Indians would have a drink with dried cocoa beans – grounded to their liking – and a drop of sweetener. So the more cocoa, the better.

Who says chocolate is not good for the heart?

Settlement vs Trial: Comparing Them in the State of Florida

What If There Isn’t Enough Insurance Coverage to Pay Your Claim?

Amazon Finds to Better Your Posture